Restless, creative, prolific and willing to grow up in public, Richard Lawson has never shied away from exploring the outer reaches in his musical quest.

From the farthest strains of banjo driven rustic folk to the cutting edge of Cubase driven electronic synth pop his overriding love of melody, rhythm and harmony has crowned his output of 6 LPs and 6 EPs and soundtrack work in the times since the demise of the ‘Lime Spiders’.

Now there is a new LP of ‘Music at Night; Selected Ambient Works 1994-2014’ being released November 2022 including 6 reworkings and 6 unreleased songs of which the first single ‘Firefly’ is set for a September 1 RELEASE. The album will also be available as a CD at shows and on Bandcamp/Discogs as well as the usual streaming platforms

Richard is the triple ARIA nominated former drummer for Aust Punk rock legends The Lime Spiders and is a multi-instrumentalist, composer and teacher of over 300 students since leaving the band and has explored all musical possibilities from 70’s Art Rock, Folk to Electronica and Ambient/Classical crossover including soundtrack work.

Richard has been performing and touring regularly on the South Coast of NSW and plans are also underway for his works to be scored, performed and recorded by the esteemed classical ensemble ‘The Acacia Quartet’ later this year, with applications to several major classical music festivals in the pipeline.

‘Music at Night; Selected Ambient Works 1994-2014’ will be available November 2022 and the first single ‘Firefly’ is available September 1 on Spotify/YouTube/Apple music

Highlights of touring career with the Lime Spiders [1983 – 2007] and solo career including 3 ARIA
nominations – topping the independent charts in the USA as well as attaining Top 40 in Australia 3
times, during which time they recorded 4 albums.
European tour: 42 venues, sold out – audience capacity up to 10,000 at the famed Roskilde Festival –
USA tour (twice): 65 venues, sold out – Supporting Iggy Pop and PIL – Performed at MTV awards
(most exciting new band) – NUMBER ONE US Independent charts – Music for ‘Young Einstein’ and
‘Paper Giants’ – Performed at MTV awards in the USA. Numerous – ABC TV Countdown live
performances AND the first band to ever play on RAGE.
Richard received the Australia Day award for services to music and community in 2014 for his work
as Director Gulgong Folk Festival 2010 – 2015. He personally picked Daniel Champagne’s earliest
festival performances, Melanie Horsnell, Imogen Clarke, Fanny Lumsden, Caitlin Harnett, Emma
Swift, 19-Twenty, Sophie Hutchings amongst others- Director Mudgee Music Festival 2016
Current Projects: -6 solo LPs and 6 EPs in 12 years – regular performances at festivals, venues
nationally and on radio. – ‘Solo’ – electronic, solo acoustic and soundtrack work. ‘Honey’ – wildly
divergent material with its musical take on eclectic contemporary classical, jazz, rock. ‘Kings of
Congo Congo’ – an explosive percussion ensemble and festival favourite. Mentor to emerging talent/
private music teacher having taught over 300 students from 2003 – 2022 as well as Bushfire
recovery teaching after Black Summer Fires (volunteer)
Richard is about to collaborate with the ACACIA QUARTET on a suite of his original electronic music
scored for orchestra. They are a featured artist at Four Winds Festival and countless national music
festivals and on ABC Classic FM with Twelve albums. They have APRA-AMCOS Art Music nominations
and their engagements include – Sydney Opera House, – City Recital Hall Sydney, – Melbourne Recital
Hall and numerous overseas tours including Berlin and Canada.
Current RELEASE is the electronic pop EP ‘Glow Baby’. There are planned releases of 2 compilations
in 2022/2023. ‘Music at Night’ a selection of Ambient recordings from 1994 – 2014 and
‘Retrospective’ a compilation of his more mainstream solo works from 1992 – 2017 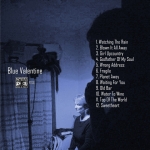 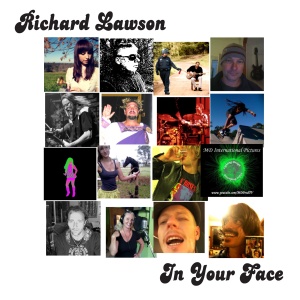